200 mg Elemental SAMe S-Adenosyl L-Methionine. This SAMe 200 is a pharmaceutical grade, stabilized SAMe manufactured under low temperature and low humidity conditions. Each tablet contains a full 200 mg of elemental SAMe from 400 mg SAMe tosylate disulfate.. These enteric extended release tablets offer improved delivery and comply with or exceeed the standards established by the United States Pharmacopeia (USP). Slow-release coating technology optimizes stability in the stomach and enhances direct release and absorption in the small intestine.. SAMe (S-adenosylmethionine) is a derivative of the essential amino acid L-methionine and is formed by combining ATP with L-methionine. SAMe is a chiral molecule and consists of two stereoisomers: (S,S) and (R,S). This SAMe has a high level (65%) of the (S,S) isomer, the biologically active form. SAMe has a long history of clinical use with proven benefits for brain metabolism, joint function, and liver detoxification.. Joint and Connective Tissue Strength: SAMe supports production of healthy connective tissue and joint structures by contributing its sulfur component for transulfuration processes that help form glucosamine and chondroitin sulfates, critical components of connective tissues.. Brain Metabolism: SAMe serves as a major source of methyl groups used by the brain in the synthesis of neurotransmitters such as serotonin, L-dopa, dopamine, and related hormones involved in mood regulation.. Liver Function: Metabolism of SAMe supports synthesis of glutathione and glutathione-dependant enzymes (glutathione peroxidase and glutathione-S-transferase), which are important antioxidants used in liver detoxification processes.

Suggested Use: 1 tablet, 1 to 6 times daily on an empty stomach or as directed by a healthcare professional. 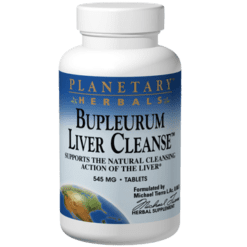 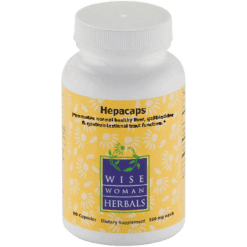 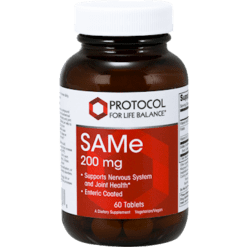 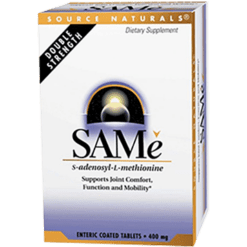 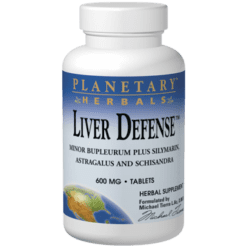 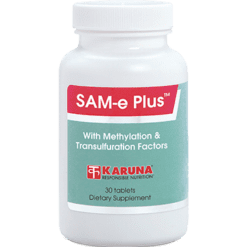 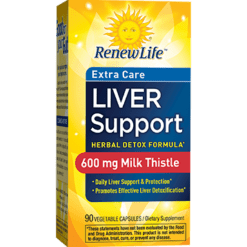 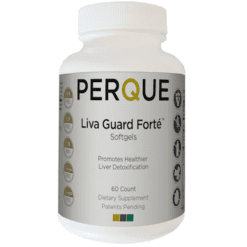