Unfortunately, inflammation is most strongly associated as a negative thing. When we think inflammation, we think red, swollen, aching and pain. Though inflammation is, in fact, a necessary component of healing. Inflammation is a process that happens in our body when our immune system is activated to fight against something that it sees as a potential harm.  This can be a great thing! Inflammation can help to fight off the office cold, eject that annoying splinter from your finger and protect against harmful environmental toxins. Yay inflammation!

Physiologically speaking, inflammation is the chemical release of substances, including bradykinin and histamine, from your body’s immune cells. These substances increase blood flow to the affected area. This is where the redness and warmth come from. This initial increase in blood flow causes a cascade of increased immune defense cells to flood into the affected area to facilitate healing processes. Sometimes, these chemicals diffuse into the tissues and cause swelling. This swelling can lead to pain from agitation of the nerves in the area.

So, biologically speaking, inflammation is your friend. Like any friend (or in-law!) it is possible that they overstay their welcome. The problem starts to occur when inflammation has done its job and doesn’t subside, or when the inflammatory response is inappropriate or excessive in relation to the trigger. Some examples of this include allergy reactions, autoimmune conditions and some forms of arthritis.

Studies link a variety of dietary modifications to the reduction of inflammation. Now, before you panic, you don’t have to give up cheeseburgers forever!. Though, that’s certainly an option, if you like. A vegan diet is shown to reduce levels of inflammation, and this may be due to the effect that the diet has on the gut microbiome. I can nerd out on that with you all day! If a vegan diet doesn’t suit your fancy, that’s okay too. Let’s travel instead… How does Italy sound? 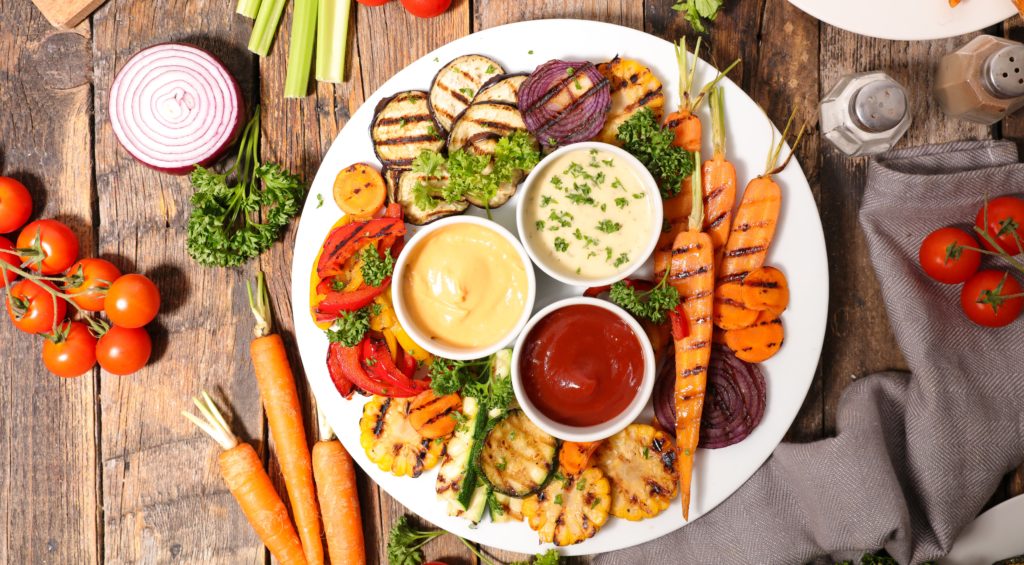 There is no question, that lifestyle is the most important factor in maintaining a healthy body. This fact is especially important in the management of inflammation. A lack of exercise is a major cause of chronic disease. Growing evidence shows that physical exercise can be more effective at treating inflammation than drugs. In fact, it may be more effective at reducing inflammation than diet! So I can run off that cupcake? No, that’s a bad idea, really. We are not going to get fussy here, so do anything you like to do. Roll out the yoga mat, hit the spin studio or throw around some weight. It’s not just about keeping your svelte physique; exercise can reduce the risk of cancer, boost your mood and keep you young. Boom! 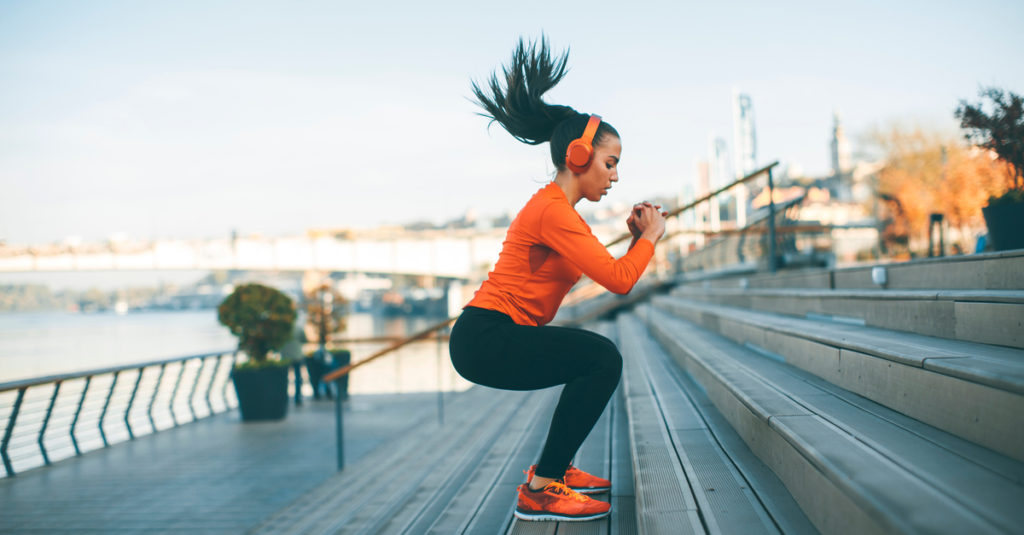 Yes, I do realize that if you’re here with me, you’ve probably mastered this diet and exercise thing, or at least, you’re working on it. So, what else can be done? There are a number of supplements that have shown positive effect on levels of inflammation and reduction in chronic disease. Let’s spend some time reviewing some popular options and the data we have to support them.

Fish oil, and other vegan forms of omega-3s have been taking center stage for quite some time now. Omega-3 fatty acids may have a positive effect on numerous disease states, including the effect on inflammatory processes. I want to take some time here to point out a few benefits of Omega-3s that you may not yet have heard  about. So, how about fish oil for headaches? An increased intake of omega-3s has been found to be associated with lower prevalence of headache and may prevent headache occurrence.

Fish oil (or vegan counterpart) can also boost your mood. Some of you may not realize that inflammation can be a cause of poor mood. A study on the effect of omega-3s on mood showed that the reduction of inflammation signaling in the brain could help elevate mood. Just to throw another perk at you, fish oil has been shown to specifically reduce abdominal fat and improve hip to waist ratio in combination with lifestyle modification. I mean, if you’re into that sort of thing… Take a peek here at some great vegan and non-vegan omega-3 supplements that may work for you.

If omega-3s have center stage, vitamin D is the hot new opening act. Only recently have we begun to realize the immense effect this vitamin can have on our health, and how many people are deficient and may not know it. Studies show that 64% of people are deficient in vitamin D. We are beginning to realize the anti-inflammatory effects of vitamin D, and it’s relation to various disease conditions.

We had discussed earlier, that autoimmune conditions are a situation of inflammation run rampant, and misdirected. Vitamin D has been shown to decrease the damage caused by the autoimmune condition systemic lupus erythematosus, SLE or lupus for short. Vitamin D supplementation can protect against diabetes; deficiency in pregnancy may increase incidence of autoimmune disease and diabetes in children. Treatment of vitamin D deficiency has also been shown to be effective for certain cancers and cardiovascular disease. If you’re still not sold, vitamin D can reduce inflammation and assist with weight loss when combined with lifestyle intervention. Still no magic pill, but a magic assistant! Remember to test your levels, supplement appropriately and choose a good quality vitamin D supplement for optimal effect.

Curcuminoids, the active component of turmeric, are widely studied to promote anti-inflammation. Multiple studies confirm turmeric’s effectiveness for inflammatory conditions such as osteoarthritis pain, skin irritation caused by breast cancer treatment and in the prevention of cancer, diabetes the autoimmune condition rheumatoid arthritis. Studies also show turmeric to be effective in neurologic conditions that may be related to inflammation. The acuity of symptoms, cognitive decline and burden of caregivers has been shown to be reduced in Alzheimer’s patients with supplementation of turmeric. In a study of Parkinson’s disease progression, turmeric was shown to be protective to the brain and reduce the neuron damage associated with Parkinson’s. Though turmeric can be ingested as a food (curry anyone?), it is poorly absorbed in the gut, and it’s important to supplement with a high quality product for best results. 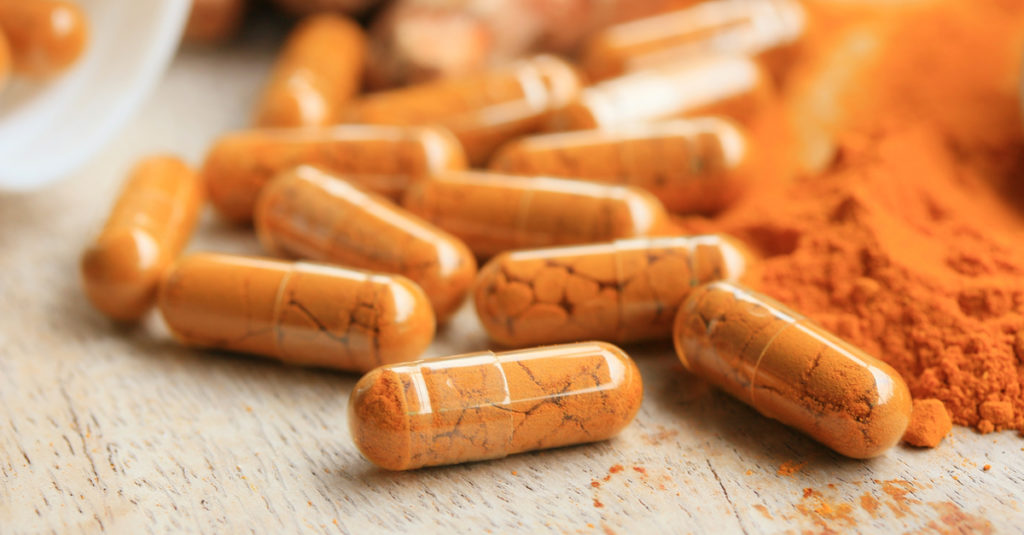 Berberine is a phytochemical (a biologically active compound found in plants) produced in many plant species such as the European barberry, goldenseal, Oregon grape and others.  While berberine can be used for many different types of conditions, it has a demonstrated effect in reducing inflammation.  It has been shown to have anti-inflammatory and anti-tumor effects in the digestive system. In addition, it has also been shown to protect against neuronal damage associated with inflammatory brain injury. And once again, may protect against diet-induced obesity. Have you seen the pattern here with inflammation and obesity yet? You’re so good at this! Berberine has a relatively short half-life, and like many herbal supplements, must be spread out over the course of the day.  Be sure to speak with your doctor about any potential interactions with your medications, and take a high-quality standardized herbal supplement.

Yep! We finally got here; I’m going to tell you to slurp green sludge. Yum yum. My trainer used to critically point to the “pond scum” concoction I brought into the gym and ask me if it was going to make me better that day. It did, of course. Spirulina, also known as blue-green algae, is actually a cyanobacteria. Spirulina is a rich source of protein, beta-carotene, various minerals and essential fatty acids. Spirulina has antioxidant, immune modulating and microbial modulating effects, in one tiny, ecofriendly package. It is a tiny green machine!

Components of spirulina have potent anti-inflammatory and neuroprotective effects. Reducing inflammation and oxidation (spirulina specialties) can reduce the incidence of cancer. This little powerhouse can prevent against inflammation of the liver, and may reduce inflammation of the nasal passageways associated with allergies. Spirulina can be taken as a capsule, or powder. I like to toss mine into my green smoothie, or mix into a bit of Greek yogurt (if you consume dairy). It makes everything such a lovely color, you know, besides all those other side bonuses above. 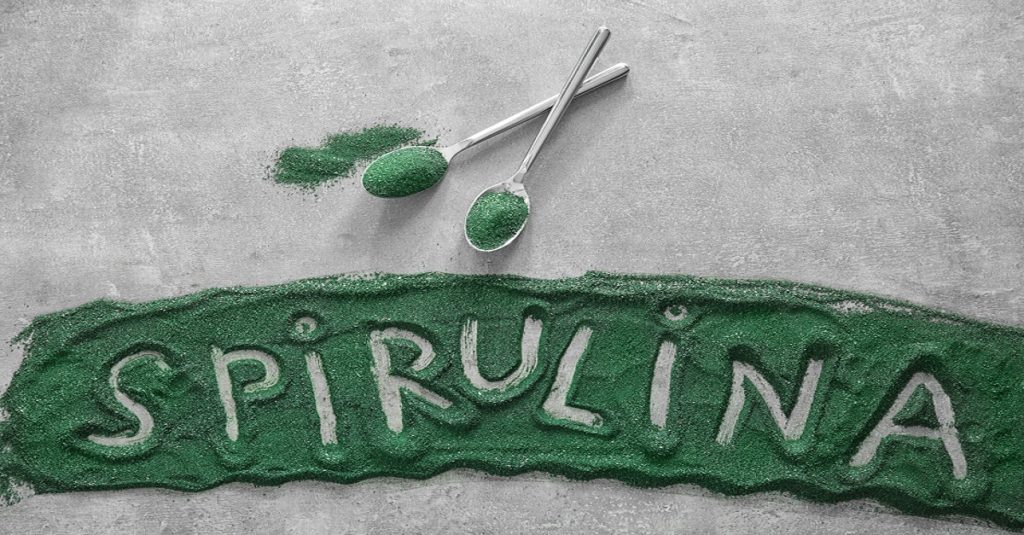 Resveratrol is another phytochemical, part of the group of compounds called polyphenols. Polyphenols are thought to act like antioxidants in the body; reducing oxidative damage and, you guessed it, inflammation. Resveratrol is found in peanuts, berries and in the skin of red grapes. You know what red grapes make, right? Red wine! Remember that trip to Italy we discussed earlier? You just got another reason to book that ticket. You’re welcome. Due to its potent anti-inflammatory effects, resveratrol may play a role in the prevention of cardiovascular disease and be a target for treatment and prevention of neurodegenerative disorders like Alzheimer’s disease. Since you probably just “ran” to the store for some red wine, resveratrol can also reduce inflammation in athletes.

All joking aside, while a bit of red wine may be beneficial to your health; the resveratrol content in wine is usually low, highly variable and unpredictable. If you’re serious about using resveratrol for health benefits, opt for a natural supplement, and save the wine for date night.   In Conclusion Inflammation is a necessary process to health and healing, as long as it is temporary and kept in check. If you’re concerned about your levels of inflammation, talk to your doctor. There are very simple blood tests that can be ordered to assess levels of inflammation. Diet, exercise and supplements are an effective means for reducing deleterious inflammatory effects and promoting optimal health. Eat healthy, move your body, take your supplements and go visit the Amalfi Coast. Ciao bella!

Dr. Amanda Frick has been a part of the health care field for the last 17 years in various Allopathic and Naturopathic settings. She is passionate about bringing the best aspects of modern and traditional medicine together to provide the most comprehensive care available to her patients. Dr. Frick graduated from Central Michigan University with a B.S. in Psychology, and received her Doctorate of Naturopathic Medicine from Southwest College of Naturopathic Medicine (SCNM) in Tempe, Arizona. She also holds a degree in Acupuncture and Traditional Chinese Medicine from Emperor’s College in Santa Monica. When she’s not caring for patients, you’ll find her writing near a window with a view, spending time with her family and dog, and exploring new sights, sounds and tastes wherever she can find them.